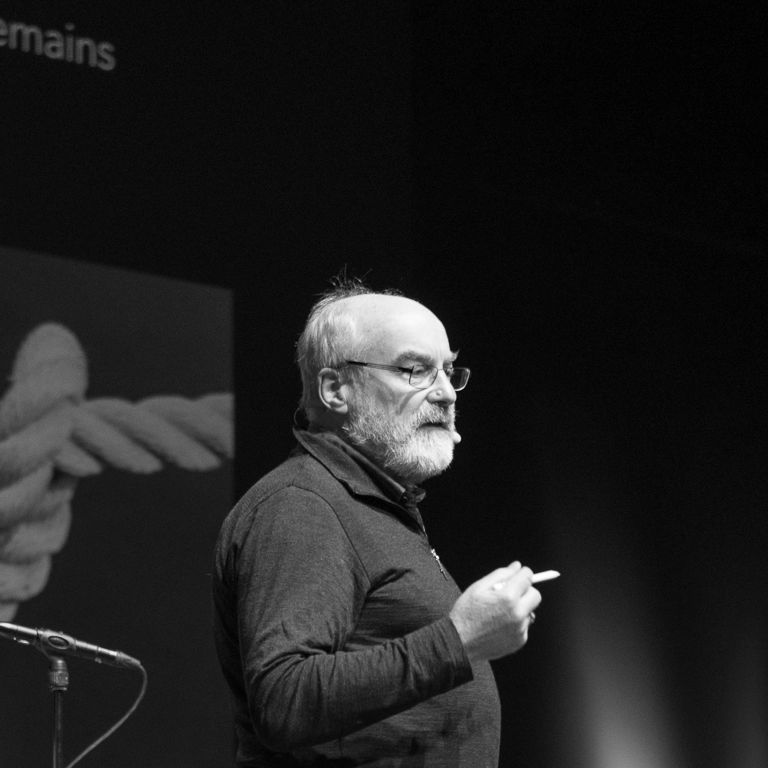 Founder and chief scientific officer of Cognitive Edge. His work is international in nature and covers government and industry looking at complex issues relating to strategy, organisational decision making and decision making. He has pioneered a science based approach to organisations drawing on anthropology, neuroscience and complex adaptive systems theory. He is a popular and passionate keynote speaker on a range of subjects, and is well known for his pragmatic cynicism and iconoclastic style.

He holds visiting Chairs at the Universities of Pretoria and Hong Kong Polytechnic University as well as a visiting fellowship at the University of Warwick. He is a senior fellow at the Institute of Defense and Strategic Studies at Nanyang University and the Civil Service College in Singapore. His paper with Boone on Leadership was the cover article for the Harvard Business Review in November 2007 and also won the Academy of Management award for the best practitioner paper in the same year.

He has previously won a special award from the Academy for originality in his work on knowledge management. He is a editorial board member of several academic and practitioner journals in the field of knowledge management and is an Editor in Chief of E:CO. In 2006 he was Director of the EPSRC (UK) research programme on emergence and in 2007 was appointed to an NSF (US) review panel on complexity science research.

He previously worked for IBM where he was a Director of the Institution for Knowledge Management and founded the Cynefin Centre for Organisational Complexity; during that period he was selected by IBM as one of six on-demand thinkers for a world wide advertising campaign. Prior to that he worked in a range of strategic and management roles in the service sector.

More recently Dave has been working with a group of academics and practitioners to develop an approach to design incirproate the concept of scaffolding around which ideas can emerge coupled with distributed ethnography and ideation - a radical development of current linear approaches to design and offering a significant development for Innovation labs and the like. That set of methods and thinking has been subject to three major retreats during 2018 and this workshop will be one of the first times that material has been presented

Designers and decision-makers face increasingly unprecedented levels of volatility and complexity. In this context, practical tools and methods that help us make sense of, and act in complexity are becoming increasingly important. This 2-day Masterclass is a chance to spend some time with the creator of Cynefin, Dave Snowden, discussing strategy, leading in complexity, designing systems for complex adaptive systems, and managing through ambiguity.

The Cynefin framework has now been used around the world in contexts as diverse as the boardrooms of international fashion houses, software development teams and SWAT teams on the city streets. Decision-makers have applied it across all levels of organisation and in almost every industry.

Beyond the basic framework, Dave has been actively developing Cynefin – did you know that Cynefin has sub-domain models? And, that there are narrative-defined boundaries between domains? Recent developments include thinking about defining domains through constraints, and moving through domains by understanding energy, knowledge and resource flows in and organisation, and how “gradients” can be manipulated to manage these flows.